A co-educational boarding and day school for pupils aged 11 to 18. Details of academic successes, curriculum, sport and school activities

Wrekin College admits boys and girls from age 11 to 18. Applications for day, full and weekly boarding places are welcomed from UK and international pupils. Children usually join Wrekin College in First Form or Third Form, when most of them are either 11 or 13, and at Sixth Form.

Most pupils arrive at Wrekin at the age of eleven, but many join at thirteen (Year 9) and at Sixth Form. There are 420 pupils in the school, of whom 110 are in the Sixth Form.

The curriculum follows the normal path to GCSEs taken in the Fifth Form and A Level in the Sixth Form, but every effort is made to teach according to pupils’ abilities, and to stretch the ablest well beyond the demands of the syllabus.

Teaching is organised in academic departments, the heads of which report to the Director of Teaching and Learning, who oversees all academic matters and reports directly to the Headmaster.

Pupils’ academic progress is closely monitored. Parents receive detailed reports twice each term and have a formal opportunity to meet their child’s teachers every year to discuss progress. Our Head of Careers advises pupils throughout their time at school, and the Head of Sixth Form offers expert advice on university applications.

Lancaster House caters for First and Second Forms (ages 11-13). It is co-educational, though split into boys’ and girls’ sections.

The girls’ section is run by Janine Kotas.  Lancaster does not have its own boarding space, so girl boarders of this age live in the girls’ Hall of Residence, Hadden Hall. Lancaster House is a very important part of the school. It gives our younger pupils their own territory, leadership and reward system, allowing them to develop and settle gradually into senior school life. Lancaster pupils go on to join their senior Houses in Third Form.

The boys’ section is run by Mr David Winterton. Lancaster does not have its own boarding space, so boy boarders of this age have dedicated space within Bayley House. Lancaster House is a very important part of the school. It gives our younger pupils their own territory, leadership and reward system, allowing them to develop and settle gradually into senior school life. Lancaster pupils go on to join their senior Houses in Third Form.

The Clarkson philosophy of “work hard, play hard” has long been a tradition, passed down from year to year by an excellent group of house prefects

We have 60 girls in the house aged between 13 and 18. Every girl is assigned a tutor, who monitors academic progress. We have three house rules: Honesty, Endeavour, and Respect.

Bayley House is not just a house it is a home to about seventy boys aged between 11 and 18.  This eclectic mix of pupils comprises full-time and weekly boarders from Bayley, York and Lancaster Houses together with the Bayley day boys.  Accommodation is arranged over three floors with the top two floors providing bedrooms and Sixth Form work space while the ground floor provides Common Rooms and communal spaces for all the year groups.

In the house every boy has the freedom to develop as an individual, enjoy the benefits of an open trusting environment and be able to work, play and relax. There is equality of opportunity and respect for all pupils

Tudor House is at the heart of the school and is the oldest of the current Houses. The house is home to seventy boys half of whom board full time, while the others go home each day or flexi board.  The house has a very strong sporting tradition, currently holding the Senior Rugby trophy, having won it five times in the last six years.  There are several common rooms and kitchens dotted around the house and the boys have ample opportunity to consume toast throughout the day! 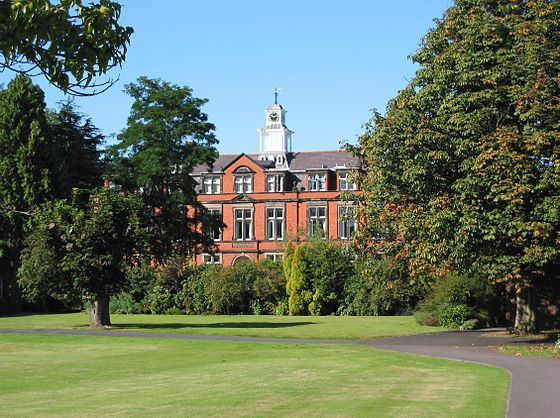